Over the last 20 years, teachers and child development specialists have reported a dramatic change in the children they deal with. 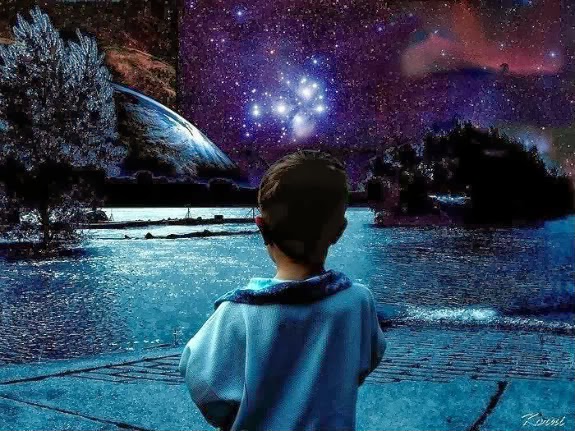 These newer children grow up faster both physically and mentally. They tackle problems and school subjects in often unconventional ways and possess special, unusual and sometimes supernatural abilities, such as telepathy.
These are the ‘New Children’.

In recent decades, there has been much interest in the New Children, from both scientific and spiritual perspectives. Some argue they are here to assist humanity in a transition to a higher consciousness

They despise violence and instead lean toward compassion for suffering and misfortune. They often have a fascination with space and many feel a connection to other worlds. The New Children are also referred to as Star, Indigo, Rainbow or Crystal children, and these names are related to the colour in their auras, which are connected with the Third Eye’s frequency. Some believe the purpose of the New Children is to help the planet evolve spiritually by moving away from greed, corruption, and competition into a new way of living comprised of love, integrity, and cooperation. Experts and authors Lee Carroll and Jan Tober believe the supernatural children represent “perhaps the most exciting, albeit odd, change in basic human nature that has ever been observed and documented”. According to Lee Carroll and Jan Tober the New Children are most often devoted to making people wake up to their highest and best potential, and often try to show others that the old systems of schooling, governance, parenting, and healthcare are not healthy and must change. Many professionals, child specialists and spiritual leaders believe the New Children phenomenon is the next step in our evolution as a human species, and they are here to show us the way as we make the transition to the next stage of our growth and evolution.

The New Children, Indigo Children, Crystal Childrenhttps://www.youtube.com/watch?v=zybhnGPpNQQ is a short documentary on the new generation of children known for their abilities. The documentary touches on both scientific and theoretical aspects of the topic. Read More: http://www.whydontyoutrythis.com/2013/08/super-psychic-kids-are-they-here-to-change-the-world.html